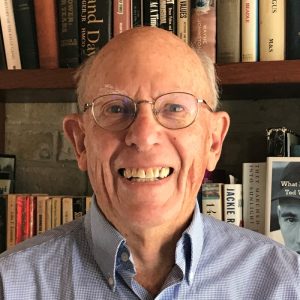 Jerry is a native Canadian from London, Ontario, educated at the Universities of Western Ontario, Alberta and Wisconsin–the latter under the mentorship of Dr. John Rankin, MD. He is the Director of the John Rankin Laboratory of Pulmonary Medicine located at Medical Center at 1300 University Avenue. He has his primary appointment in the Department of Population Health Sciences and affiliate appointments in Physiology and Kinesiology. His research interests are concerned with the regulation of breathing in various physiologic states in un-anesthetized humans and animals. One group of projects seeks to determine the limits of the healthy and diseased human pulmonary system for gas transport, respiratory muscle function and ventilatory output during exercise. The effects of aging, gender, fitness and airway reactivity on these processes are emphasized. A second major aim is the influence of respiration on autonomic control of cardiovascular function in health and heart failure. A third series of studies is concerned with regulation of breathing in waking and sleeping humans and animals, with specific emphasis on the pathogenesis of sleep apnea, the contributions from chemoreceptors to breathing stability and airway patency and the effects of novel treatments.This research has been funded continuously from 1967-2013 with grants from NIH, AHA, VA, DOD and the UW. Jerry taught in the undergraduate Bio core program, the graduate Kinesiology program and the Medical School physiology course. He has collaborated with several UW faculty in supervising the research training of 68 pre- and post-doctoral fellows and about 100 undergraduate students. He collaborates closely with several other faculty, currently including Curtis Smith, Barbara Morgan, and Ailiang Xie. Jerry is the past Editor-in-Chief of the Journal of Applied Physiology and currently is the CrossTalk Editor for the Journal of Physiology.