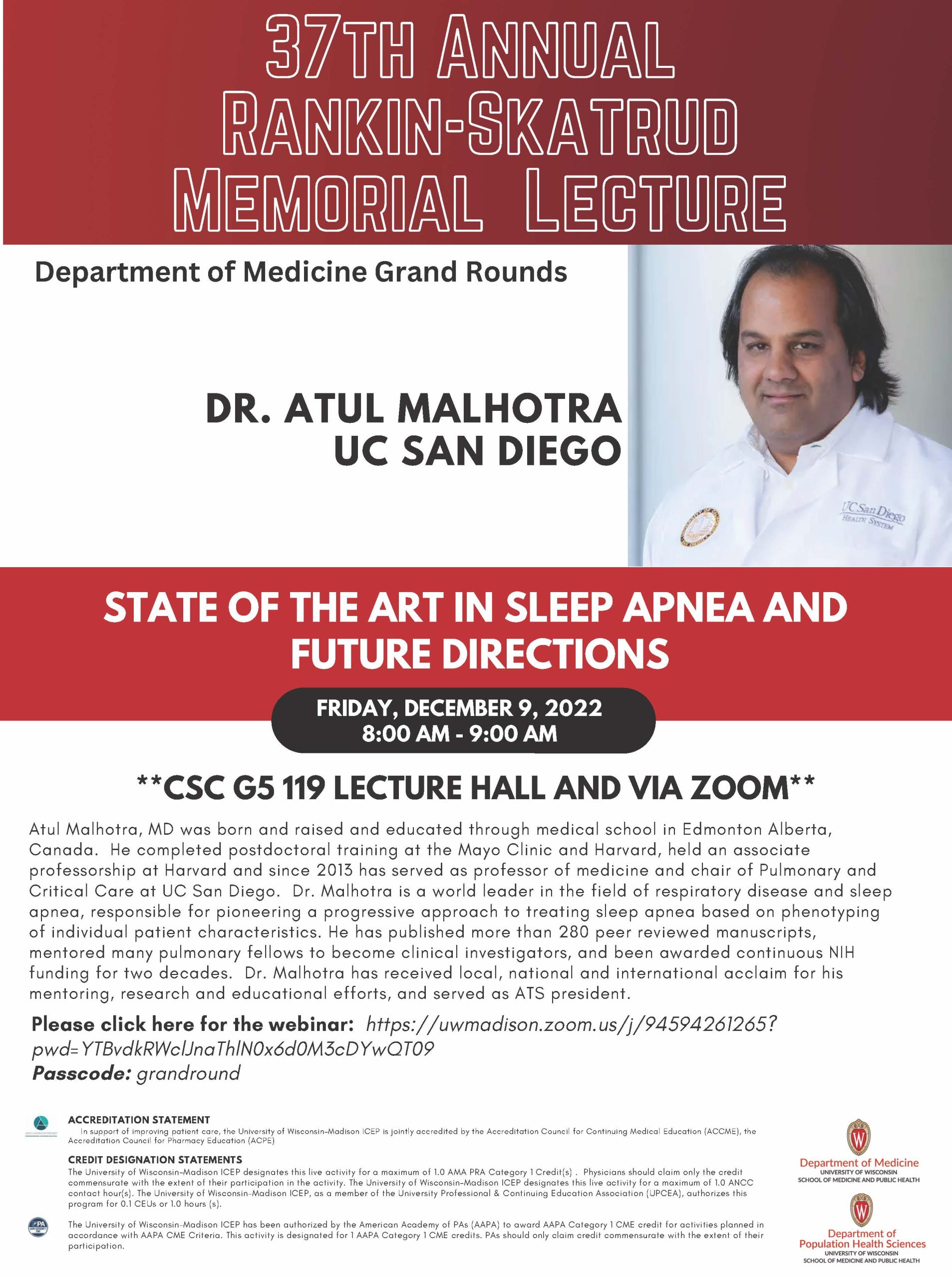 Atul Malhotra, MD was born and raised and educated through medical school in Edmonton Alberta, Canada. He completed postdoctoral training at the Mayo Clinic and Harvard, held an associate
professorship at Harvard and since 2013 has served as professor of medicine and chair of Pulmonary and Critical Care at UC San Diego. Dr. Malhotra is a world leader in the field of respiratory disease and sleep apnea, responsible for pioneering a progressive approach to treating sleep apnea based on phenotyping of individual patient characteristics. He has published more than 280 peer reviewed manuscripts, mentored many pulmonary fellows to become clinical investigators, and been awarded continuous NIH funding for two decades. Dr. Malhotra has received local, national and international acclaim for his mentoring, research and educational efforts, and served as ATS president.