Jeremy grew up in Granger, IN and stayed locally in the Midwest for most of his training. He studied Biomedical Engineering at IUPUI in Indianapolis and completed his Doctorate of Osteopathy at Marian University, also located in Indianapolis. He journeyed out to Bremerton, WA to finish his internship year in Family Medicine. With his strong interests in health equity, access to healthcare, and healthy living he thought University of Wisconsin School of Medicine and Public Health Preventive Medicine Residency was the perfect opportunity to move forward in his career.

In his free time, Jeremy enjoys spending time with his wife and doberman. They frequently hike and camp whenever possible. He also enjoys his home gym and will compete in power lifting competitions. 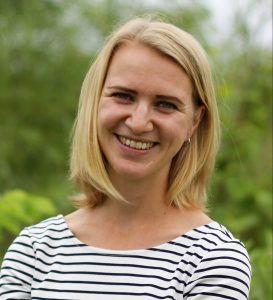 Sara grew up in Evanston, IL just outside of Chicago on Lake Michigan. She attended Carleton College in Northfield, MN where she graduated with a degree in Chemistry. She worked doing public mental health and community organizing work in Minnesota post-college before attending medical school at the University of Rochester School of Medicine and Dentistry in Rochester, NY.

While in medical school, Sara developed a deep interest in neuroscience and neuroanatomy. She went on to complete a residency in Neurology at Northwestern University in Chicago, IL. During this residency, she saw the devastating impacts on the brain of preventable systemic disease. She is so excited to join the Preventative Medicine residency and shift her focus back upstream. Her primary interests are in chemical addiction and vascular disease.

She loves the upper Midwest and getting outside during all seasons running, biking, paddling and cross-country skiing. 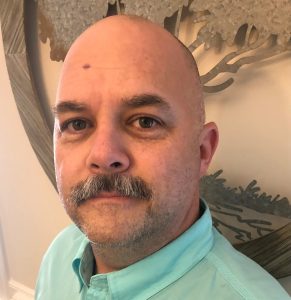 Stuart grew up in Kissimmee, FL and served 5 years in the U. S. Marine Corps before completing bachelor’s degrees in Psychology (Florida Atlantic University) and Human Biology (National University of Health Sciences). He earned his Doctorate of Osteopathy at Midwestern University in Downers Grove, IL and then completed a Transitional Internship at Naval Medical Center Portsmouth, VA.  After a two-year tour as a General Medical Officer with Second Marine Division, Stuart completed a residency in Anatomic and Clinical Pathology at Walter Reed National Military Medical Center.  During his service as a Navy Medical Officer, Stuart observed the value of prevention over treatment. After retirement from the Navy, Stuart will shift gears and pursue a career in Preventive Medicine.  He has a keen interest in environmental toxins and cancer prevention.

Isha grew up in Lincoln, NE, and has stayed in the Midwest throughout her schooling and training. She attended the accelerated Bachelors/MD program at the University of Missouri- Kansas City, followed by a Family Medicine internship at the University of Illinois-Chicago. She then shifted her focus to public health. Isha moved back to Nebraska, worked as a research analyst for a local public health organization, and formalized her public health education with an MPH from the University of Nebraska Medical Center. Isha’s professional interests include teaching, research, and public health policy. She looks forward to exploring different areas during preventive medicine residency including opioid abatement, cancer prevention, and immunizations.